Throughout the past week, the clouds over the crypto market have been gradually gathering as the FTX bankruptcy scandal seems to have reached all possible corners of the industry, and the defenders of Sam Bankman-Fried (SBF), Bill Ackman and Kevin O'Leary, began to receive massive criticism from the community. Today it became known that SBF lawyers were unable to respond to a call by members of the US government for the businessman to testify at a meeting of the House of Representatives on December 13. On top of that, Binance's Changpeng Zhao (CZ) and Coinbase's Brian Armstrong started openly calling Bankman-Fried a scammer this week, sparking a sharp polarization in the community. Against the backdrop of these events, key crypto-assets are stuck in narrowing price ranges, to get out of which more and more efforts are needed from active market players. At the moment, any fundamental market events lead to an increase in the volatility of coin prices, but we are not talking about any serious rallies or price collapses. At the same time, market influencers began to actively spread the old story about “BTC at $100,000” by 2023 and 2024. Although the realities hardly indicate such a scenario, as the US Federal Reserve continues to raise interest rates and tighten the policy of regulating digital assets, therefore, from the available input data, one can rather speak of opposite forecasts. However, "the devil is in the details," so let's see them.

Will the Price of BTC Become Even More Volatile Next Week?

Bitcoin endured another tough week with a sharp drop to a local low at $16,759 on Wednesday and another consolidation above $17,000 this morning. Now the flagship is trading at $17,225, and its capitalization by the end of the week rose to $330 billion after falling yesterday to $323 billion. In fact, after breaking above the $16,750 level, BTC/USDT is trading with bullish dominance early in the day. Crypto gold has formed an ascending channel on the 4-hour timeframe, which confirms the intention of the bulls to form an uptrend. 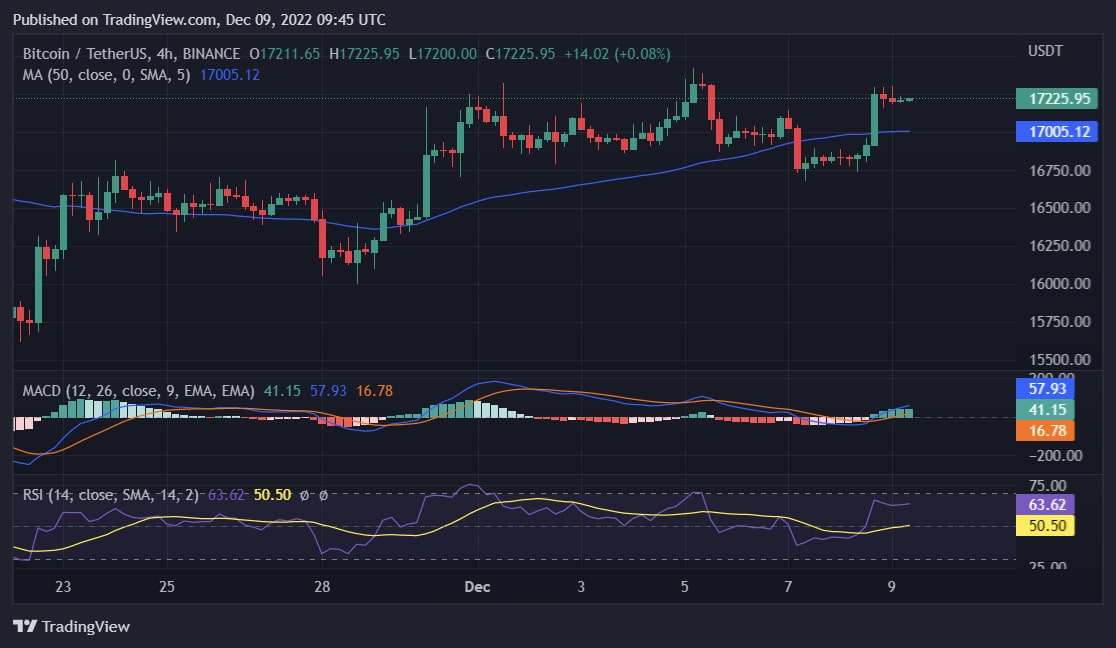 It is worth noting that the bullish initiative is a relative success, as we see a break above the 50MA line, which is traditionally an indicator of the weakness of the bulls. The next resistance level for BTC could be around $17,400, but this is unlikely to happen over the weekend. At the same time, the upcoming week is expected to create huge volatility as large market events could lead to a huge bearish divergence. But the MACD and RSI indicators suggest that the buyers remain active, as they received new support above $17,000, for which they will again have to “fight.”

Support for ETH Above 50MA

Crypto Silver is currently trading at $1,282, with 24-hour trading volume up 4% to $6.37 billion, and asset capitalization rising from a weekly low of $149.9 billion to $156.7 billion. Despite relatively sluggish trading throughout the week , on Friday, the bulls continue to fight for the asset and bring its value closer to the important level of $1,300. The main merit of ETH buyers this week was a break above the 50MA line, which occurred symmetrically with a similar break on the BTC chart. With this event, crypto-silver received new support near the $1,265 level, where a large amount of short trading was consolidating. 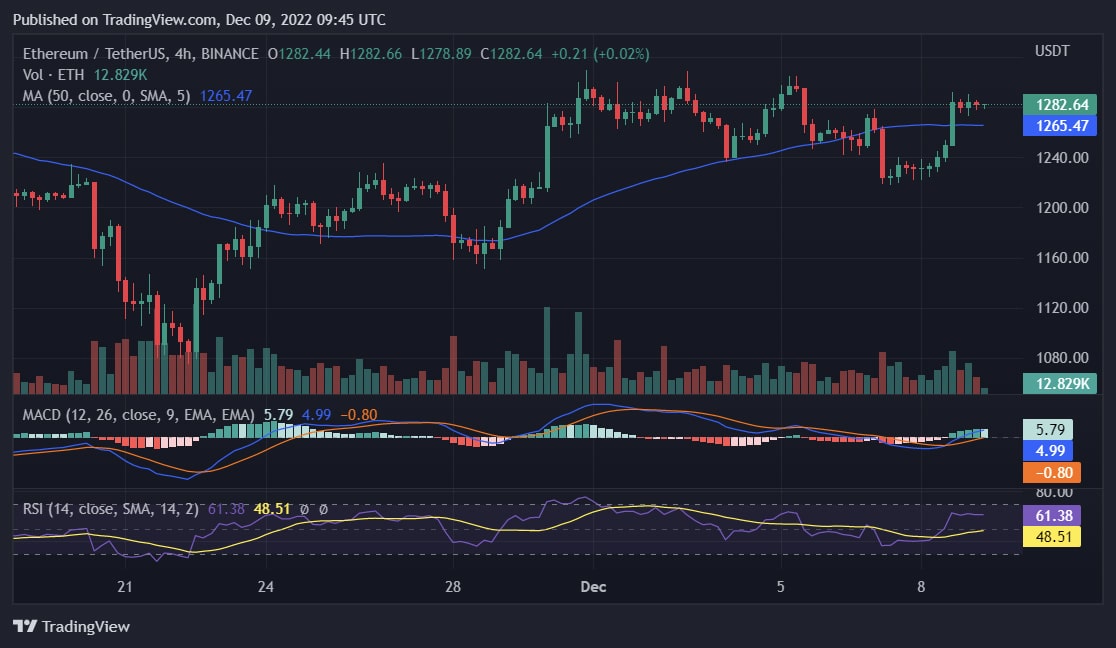 ETH's immediate resistance remains at $1,300. A break above could see the asset hit $1,340, but that's more likely to happen next week as Ethereum is now in overbought territory according to the RSI. If the bullish throw is rejected on the approaches to $1,300, the bears can return the asset to the $1,265 level and continue the pressure. The main support continues to be around $1,200, and the bulls are definitely not going to give it up.

DOGE Bulls Want to Hasten the End of the Bearish Cycle

After a 15-day recovery to $0.11, the top meme coin failed to maintain momentum and the price fell again. Selling pressure becomes visible on the lower time frame with the double top pattern formed. The bears look set to defend until the end of the cycle, and the bulls have been actively defending the $0.05 level since June. In 24 hours, DOGE rose by 2%, which is the result of the active work of the bulls since yesterday's local run. Buyers are actively trying to get back the $0.10 position, but are facing strong resistance. 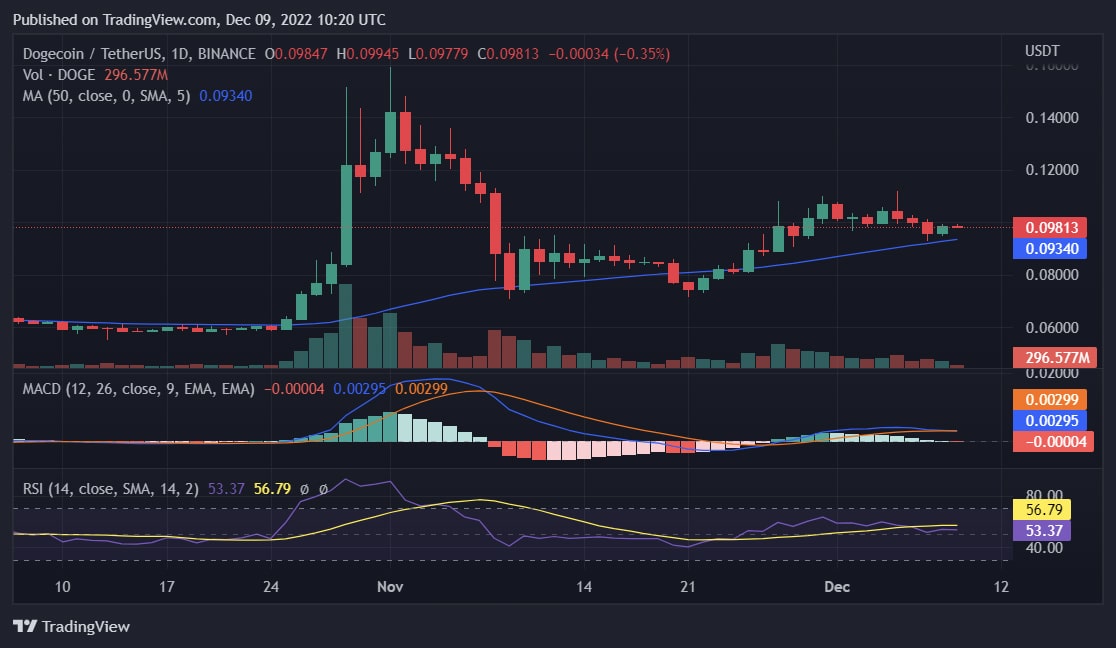 However, the current bearish cycle is not over yet, although on the monthly and weekly charts, its imminent end is already visible. Some analysts believe that this cycle will end in a radical uptrend as the bulls have been able to accumulate enough strength. But if the price of the asset falls to the June level ($0.05), any efforts of the bulls will be leveled by the beginning of a new bearish cycle.