Bitcoin could be a standard for other cryptocurrencies in the same way that gold has been for national currencies for centuries. At Dex-Trade we believe that Bitcoin is already the “gold standard” for all other cryptocurrencies that exist today, and also for those that will exist in the future. With the greatest amount of liquidity so far, Bitcoin was the first Cryptocurrency to be traded on the majority of exchanges. Through legitimate exchanges such as Dex-Trade Bitcoin has the biggest number of pairs and trading volume. 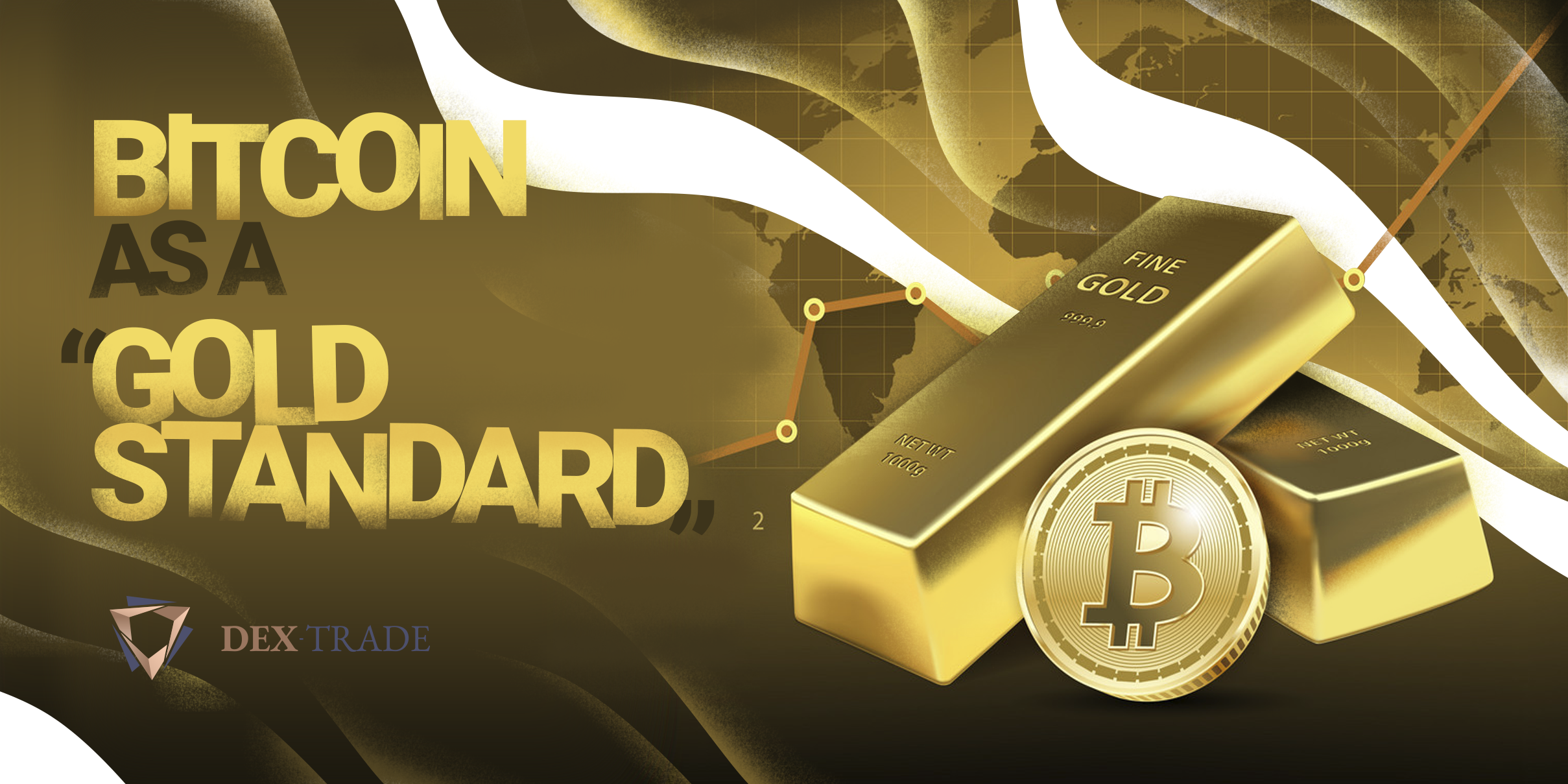 It's important to note that Bitcoin's capitalization is growing at a crazy speed, with a huge increase in the number of people who are using this currency every day. Every year the volume of transactions made in relation to the previous year is surpassed. Thanks to blockchain technology, Bitcoin does not generate inflation. For example for now only 21,000,000 transactions were made, and to date 181,45,400 BTCs have already been purchased. This means that within the next few years all the existing Bitcoin will already have an owner.  After that happens, Bitcoin will go up till the moon and its value will be valued like digital gold.

We hope you liked this article so don't miss the moment and buy some Bitcoin.  You can do it now through Dex-Trade in the safest, simplest and fastest way.