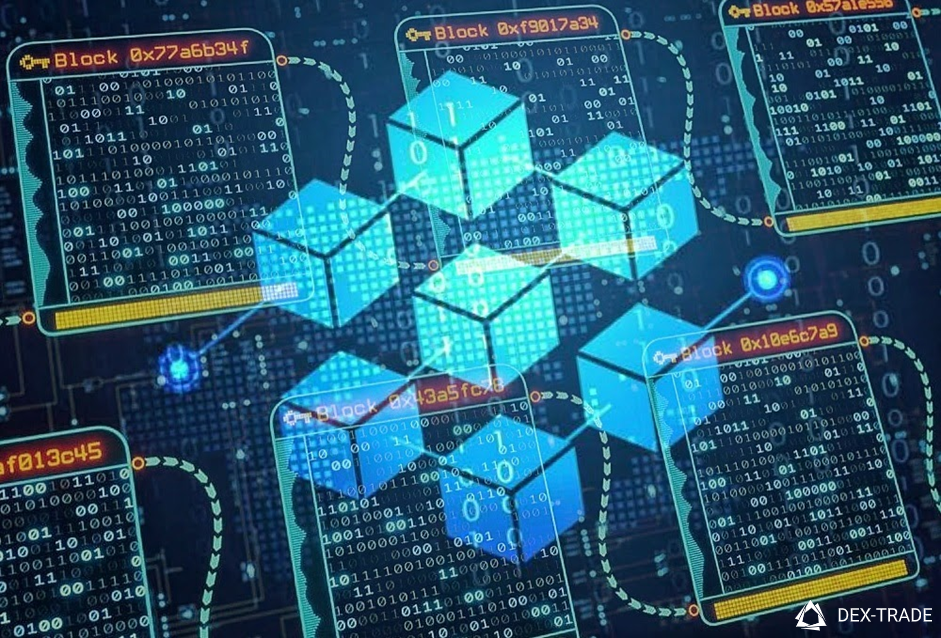 Blockchain has been effectively working to support the digital economy in literally all its forms for over ten years.  It emerged in 2008 as an adventurous protest against centralized financial systems and bank intermediation.  The Bitcoin cryptocurrency created on its basis remains to this day the most promising asset of our time, and the technology itself began to be used in logistics, creation of voting terminals, medicine and business.

In this article, we will look at the principles of what blockchain is, how it works and what it is used for.  Also here we will discuss the prospects for the application of technology in different spheres of life and its significance for the modern information society.

Consensus algorithms in the code chain

Distributed ledger and its features

Smart contracts on the blockchain

Where blockchain is applied daily

Blockchain is, in the literal sense of the word, a chain of program code, consisting of blocks that cannot be hidden, deleted or swapped.  These blocks represent encrypted information about all changes in the chain up to the current state.  They are arranged sequentially and interact in such a way that each new block contains information contained in all previous ones.

Speaking of what a blockchain is in simple terms, we can draw an analogy with an electronic ledger of a ledger in shoe stores of the same network.  When a pair of shoes arrives at one of the stores, its name and time of shipment are entered in the general ledger.  Administrators of all stores have this information at the same time.  If a pair of shoes is moved to another store, the administration records when and where the pair was sent.  Information is entered on a first come, first served basis, since the product cannot be in two stores at the same time.

For example, the Bitcoin blockchain is a code chain consisting of information about all the movements of certain amounts of cryptocurrency that took place.  It stores data about who transferred to whom, when and how many coins.  All transactions on the blockchain are carried out on a first come, first served basis and cannot be tampered with.

But who guarantees the validity of these transactions?

Consensus algorithms in the code chain 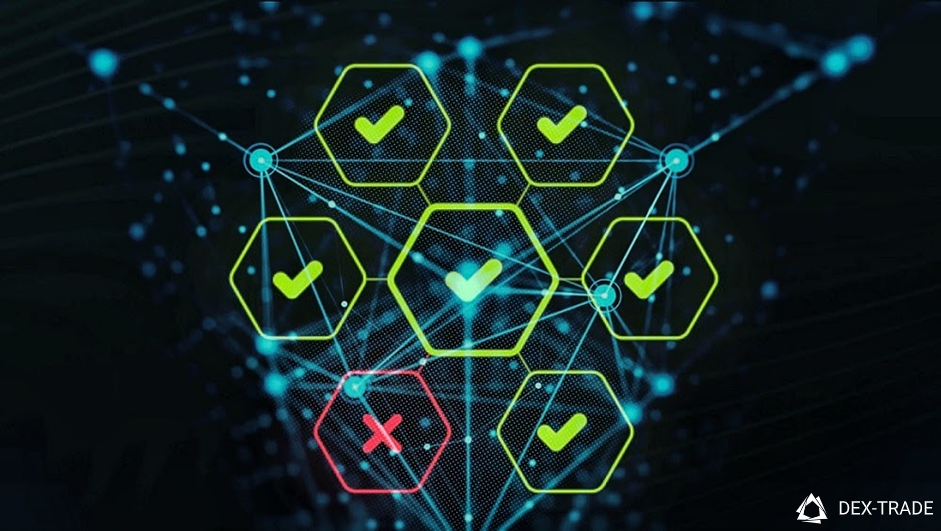 Speaking about how the blockchain works in cryptocurrency, it should be clarified that all users act as guarantors of transactions validation within the network.  How does this happen?  The point is that the entire chain of code is stored on every device connected to the peer-to-peer digital currency network.  The blockchain platform itself uses one of the consensus algorithms that allows users to agree that a transaction is valid.

There are the following main types of consensus algorithms that the blockchain ecosystem relies on:

• PoW (Proof-of-Work).  This algorithm validates transactions by solving complex mathematical problems coming from the blockchain.  Such a solution requires significant power resources from the devices, but the plus is that it is easily verified;

• PoS (Proof-of-Stake).  This algorithm invites cryptocurrency owners to block their savings for a while.  This is done in order to provide the system with proof of the presence of a certain number of coins for a particular user.  The frozen amount is calculated as a percentage of the total number of units of a given cryptocurrency.  This percentage is called the Stake.  The higher it is, the greater the reward for the transaction validator.  Thus, literally every owner of a cryptocurrency becomes its earner (miner), and the system itself becomes more stable and reliable.

• DPoS (Delegated Proof Of Stake).  The combined validation algorithm assumes delegation of transaction confirmation.  This means that the block of the chain is formed by separate nodes of the network (nodes), which ultimately share the premium for its production between all participants who have delegated confirmations to this node.

The unique principle of blockchain programming is organized in such a way that any attack on this system is simply unprofitable.  Consensus algorithms cannot fail because transactions are validated simultaneously from all nodes in the network.

Thanks to the verified work of algorithms, operations according to the blockchain scenario are safe, public and, at the same time, guarantee users complete confidentiality.  To understand how this works, you can think of the code chain itself as a shared folder on a device, or as a blockchain wallet with open statistics.

Each owner of a cryptocurrency has a public address and a private key.  The sender creates a transaction from his public address, confirming it with a key.  After its validation, the recipient accepts the transfer, opening it with his own key.  At the same time, the transfer of funds is completely open, because it happens in a shared folder.  But only the owner of the private key can open the moved “file”.

This mechanism ensures the anonymity of the contents of transactions and the openness of information about them, creating a comfortable and secure environment for data exchange.

If we talk simply about the complex, then the blockchain is an effective, reasonably fast and multifunctional tool for organizing remote interaction between numerous nodes of multi-level systems.  In the case of cryptocurrencies, a convenient "blockchain technology" provides accounting, processing and control of all transactions with digital money.  At the same time, the information about these operations is completely public, and the system itself is the more reliable, the more users it has.  This is the basic principle of how public blockchain works.

However, for private companies, medical and government institutions, public storage of information is often unacceptable.  These organizations use a private blockchain.  The basic principles of its work are:

• limited access to information in the code chain by the project administration;

• availability of private keys to the registry and different levels of data access;

• use of additional tools for protecting private information.

Often, the development of a blockchain for private purposes is carried out secretly, and the code chain itself is centralized and can be decrypted by a limited number of people.

Distributed ledger and its features 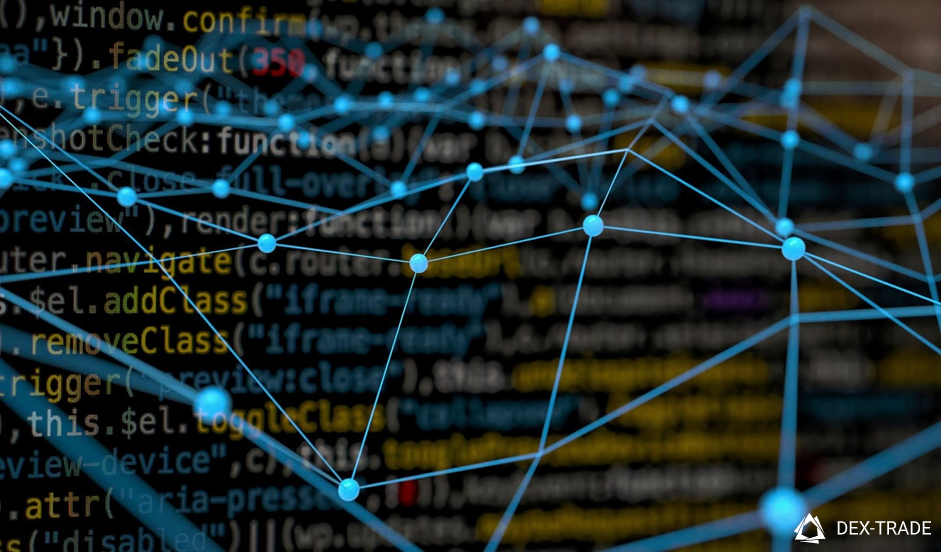 Distributed ledgers, like blockchains, are one of the varieties of decentralized databases.  However, if the blockchain uses an entry in the ledgers exclusively in the form of a chain of data blocks, then the distributed ledger is not limited to the formats for entering and storing data.

Moreover, a decentralized ledger does not always include consensus algorithms.  Depending on the goals set by the developer, it can be either open or private.

Smart contracts on the blockchain 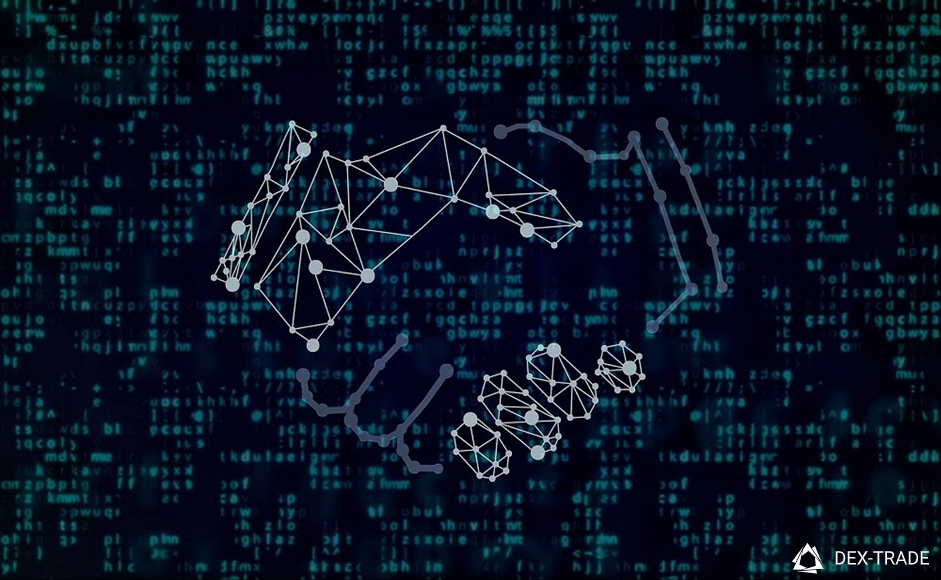 Smart contracts are a vivid example of the effective use of blockchain in finance in cooperation with commercial companies.  The technology makes it possible to exclude all intermediaries from the chain of interaction between counterparties and automate the fulfillment of the obligations of the parties under the contract.

Traditionally, most smart contracts are concluded on the Ethereum blockchain.  It allows you to enter conditions into the code chain, compliance with which by one side leads to automatic payment for their fulfillment by the other.  However, the success of smart contract deals directly depends on the unambiguity of the terms of cooperation, which sometimes causes difficulties.

Where blockchain is applied daily

For several years now, blockchain has been actively used in logistics and transport systems.  With its help, conditions of carriage are transparent and open to all participants in operations.

The technology is no less popular in the field of procurement and tenders, document management and real estate.  Many large companies rely on the use of blockchain, which in the overwhelming majority of cases allows them to increase the speed and quality of their services.

It seems that distributed ledgers and blockchain in the near future will monopolize literally all areas in which it is necessary to keep accurate and transparent accounting of information.

The most promising areas of application of technology should be education, healthcare, pharmacology and transport.

Don't forget about the cryptocurrencies that opened the blockchain to the general public.  Expert forecasts of the crypto market are not always unambiguous, but statistics show that digital money is becoming more and more popular and is confidently reaching the general competitive level with traditional exchange-traded assets.

Success in the use of a distributed ledger has unequivocally proven the value of blockchain not only for the electronic economy industry, but also for an impressive list of areas of human life.  Cryptocurrency is just one of many examples of how revolutionary the introduction of modern technology into society can be.  It is not known for certain how exactly blockchain will change the world in the future, but the fact that it is changing the world today is beyond doubt.